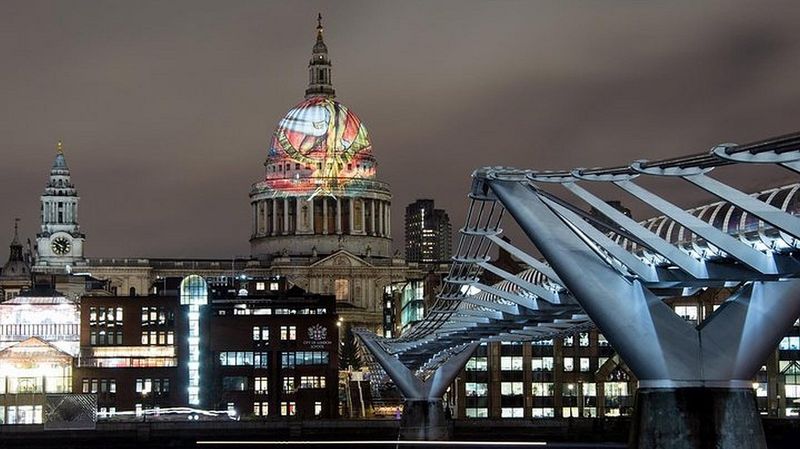 In September 2019 TATE Britain opened a large exhibition of William Blake’s works. With more than three hundred items on display, it is the largest show of the visionary artist’s oeuvre for almost twenty years. The scale of the event was recently exemplified by a spectacular projection illuminating St. Paul’s Cathedral with Blake's work “The Ancient of Days” (1794) that honored the occasion of his 262nd birthday on Nov. 28th (read more about it in the Guardian). The exhibition is open until February 2., so do not miss out on this exceptional opportunity, if you are in London.

For those of you who cannot make it to London, we would like to introduce you to TATE’s digital archive that holds more than 52.000 items, which can be viewed online and also includes many digital reproductions of William Blake’s works. The archive focuses on “documenting the history of fine art practice in the UK” and its scope exceeds mere art objects, but also includes such material as “letters, writings, sketchbooks, audio-visual material, photographs, ephemera, press cuttings and objects.” As such, it presents a valuable trove of sources for art historians and researchers with a focus on Great Britain. The digitized section is only a fraction of the TATE Archive that describes itself as “the world’s largest archive of British art," and the majority of its materials can only be accessed on site. During a five-year program called Archives & Access, the collection has been supplemented by a series of digital tools that support its exploration and the research of its objects. Additionally, the program also included the development and implementation of measures to foster outreach, education, and participation.

The digital reproductions of William Blake’s works in the TATE Archive are available as low resolution images through a CC-BY-NC-ND (3.0 Unported) license. Given their date of origin, the majority of William Blake’s works are available in the public domain and there are many libraries and websites that provide digitized versions of his texts and reproductions of the plates. Still, William Blake’s work is unique in its complex interrelation of text, image, and the underlying technologies of production, reproduction and editing. Not every digital archive is able to account for this intermedial complexity to the full extent. The most comprehensive and state­-of-the-art digital archive that documents William Blake’s oeuvre is The William Blake Archive hosted by the University of North Carolina at Chapel Hill, and sponsored by the Library of Congress, the University of Rochester, and the Scholarly Editions and Translations Division of the National Endowment for the Humanities. This archive has been an ongoing project since 1996 and has evolved into a cutting edge resource that provides a variety of digital research tools (e.g. lightbox, transcription, full-text search) and meticulous documentation of its holdings (provenance, full editorial information). It includes the complete Illuminated Books, commercial book illustrations, and various other visual works and manuscripts of the artist. The collection is being updated continuously and you can subscribe to the archive’s newsletter to stay informed about current additions.