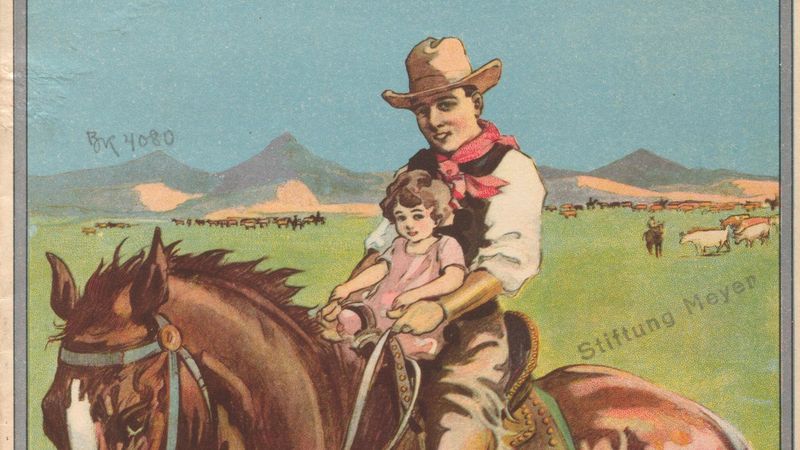 Canada is one of the countries advertised in a collection of information brochures from the early 20th century lately obtained by SUB Göttingen. The leaflets address tourists and potential settlers mainly to Australia, New Zealand and Canada.

The booklet titled Canada West. Canada – The New Homeland was issued by the direction of the Canadian Minister of Immigration and Colonization in 1924 and belongs to a series of publications advertising the Canadian Prairie Provinces to prospective settlers. It displays the excellent conditions of Manitoba, Saskatchewan, Alberta and British Columbia for grain farming, stock raising and dairying in a way which must have been quite tempting to any farmer who loved his profession. Starting with the Immigration Regulations and the personal preconditions asked for, encompassing information is provided. An outline of Canada’s landscape and farming conditions, education system and social conditions are followed by detailed, yet concise descriptions of the four provinces, touching on every aspect a farmer would want to know about his future home country – including opportunities for amusement and recreation. Illustrations and maps impart first visual impressions of the “promised land”.

The booklet is structured thoughtfully and aims to make it as easy for the potential settler as possible – even the course of the journey to Canada is described, accompanied by practical tips as how to pack and prepare one's baggage, what to wear, what to take on the train journey through Canada and where and how food can be obtained on the way. The brochure documents vividly how Canada presented itself at the time to the addressed "men and women of energy and ambition": An abundant, thriving, beautiful, caring and inviting country.

Source types like these information brochures can be rare – the one described is unique in Germany.

View an online exhibition on the Canadian advertising campaigns hosted by the Canadian Museum of History - Musée Canadien de l'Histoire: The Last Best West: Advertising for Immigrants to Western Canada, 1870-1930.